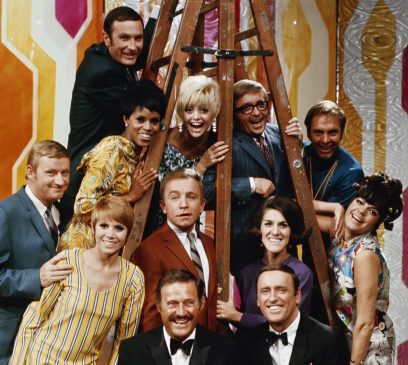 The two hosts, Dan Rowan and Dick Martin, were joined by a talented cast of comedians and singers who provided a unique brand of comedy that was lighthearted and carefree.

This show quickly rose to become one of the most popular programs in television history with its clever use of puns, one-liners, and celebrity guest appearances.

With a unique combination of comedy skits, celebrity guests, musical performances and more, “Laugh-In” created a new kind of variety show for viewers across the United States.

The cast included some beloved comedians who went on to become household names like Goldie Hawn, Lily Tomlin and JoAnne Worley.

Other stars such as Arte Johnson and Ruth Buzzi added their own brand of humor that had everyone in stitches with their zany characters and funny catchphrases.