A newspaper and television station funded by a pharmaceutical company want a sensation, which happens to be the discovery of King Kong on an island. He is captured and brought to Japan, where he escapes from captivity and battles Godzilla.

A rag tag unit of misfits known as the War Pigs must go behind enemy lines to exterminate Nazis by any means necessary.

A writer falls in love with a young socialite and they are married soon after, but her obsessive love for him threatens to be the undoing of both them and everyone .

From Wikipedia: “An aged Henry Van Cleve (Don Ameche) enters the opulent reception area of Hell, to be personally greeted by “His Excellency” (Laird Cregar). Henry petitions to be admitted (fully aware of the kind of life he had led), but there is some doubt as to his qualifications. To prove his worthiness (or rather unworthiness), he begins to tell the story of his dissolute life.”

From Wikipedia : New York newspaper reporter Wally Cook (Fredric March) is blamed for reporting a Harlem bootblack Ernest Walker (Troy Brown) as an African nobleman hosting a charity event. Cook claims he was unaware, but he is demoted to writing obituaries. He begs his boss Oliver Stone (Walter Connolly) for another chance, and points out a story about a woman, Hazel Flagg, dying of radium poisoning. Cook is sent to the (fictional) town of Warsaw, Vermont, to interview Flagg (Carole Lombard). Cook finally locates Hazel, who is crying both because her doctor has told her that she is not dying and because she realizes she might be stuck in Vermont for her whole life. Unaware of this, Cook invites Hazel and her doctor to New York as guests of the Morning Star newspaper.

From Wikipedia : When Jack Robinson (James Keach) gets a new job in Australia, he decides to take his wife Anna (Jane Seymour), sons Shane (John Mallory Asher) and Todd (Blake Bashoff) and daughter Elisabeth ‘Lizzy’ (Jamie Renée Smith) by sailing yacht from Hong Kong to Sydney. Elisabeth begins keeping an online journal of their trip. Jack’s employer Sheldon Blake (David Carradine) gives him a gun for protection before the trip. The first part of the journey goes smoothly and the family is enchanted by the beauty of the sea (except for Anna who is violently ill).

In the Victorian period, two children are shipwrecked on a tropical island in the South Pacific and fall in love while growing up together.

Motown’s Greatest Hits Of All Time ! 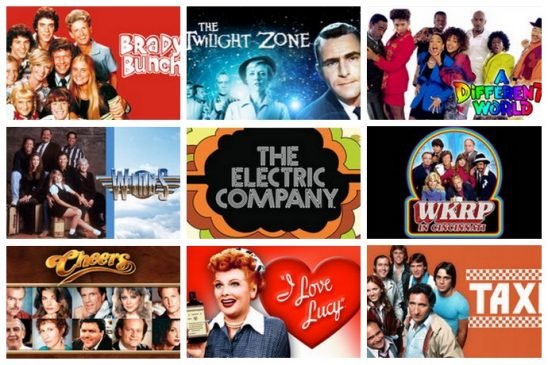